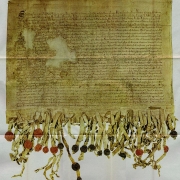 Each year, Scots and their descendants around the world celebrate their cultural identity: on November 30, they honour Saint Andrew, Patron Saint of Scotland; on January 25, they celebrate Scottish literature on the birthday of poetic genius, Robbie Burns; and on April 6, they recognize the contribution of Scots by celebrating Tartan Day.

First adopted in Nova Scotia in 1987, as proposed by Jean Watson (photo, left), Tartan Day spread to Canada’s other provinces and territories by the early 1990s, to the United States by Act of Congress in 1998, and then to Australia and New Zealand.

When Tartan Day was established in New Brunswick – to be first celebrated in 1993 – then-premier Frank McKenna proclaimed that “Scottish immigrants and their descendants have played, and will continue to play, a major role in the development of the Canadian and New Brunswick identity.”

After many years of lobbying by Scottish associations across Canada, in 2010 the Government of Canada proclaimed that Tartan Day be celebrated annually across Canada. In the 2010 proclamation, Hon. James Moore, Minister of Canadian Heritage expressed similar sentiments: “On this day, all Canadians will have the opportunity to celebrate and learn about Scottish culture, traditions, and heritage, as well as their contribution to Canadian society… I encourage people all across the country to celebrate on April 6 the contributions of millions of Canadians of Scottish ancestry in building our country.”

Why April 6 for Tartan Day?

This document was sent as a letter to Pope John XXII who, in turn, wrote to English King, Edward II, urging him to make peace. It was not until 1328 that Scotland’s independence was acknowledged.

It is, perhaps, the most important document in Scottish political history, effectively the Scottish “declaration of independence.” 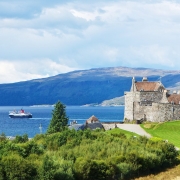 The whir of a wheel sounds with determination as Ian MacLean practices for an event near and dear to his heart. Ian is a descendant of the famous Maclean clan from Scotland, a group that spans the world. They all have a symbol in common: the majestic Duart Castle on the Isle of Mull, just off the west coast of Scotland. It’s listed by Historic Scotland as a category A building – of national and international importance, the highest category they have! It symbolizes what a clan chief’s castle should look like: proud, defiant, but not palatial.

This ancient structure has been the seat of the Maclean Clan since the 14th century. Sadly, the castle was abandoned and became derelict for almost 100 years.

That changed when Sir Fitzroy Maclean, 26th Chief, purchased the castle back in 1910 with the intent of restoring it to its former grandeur. He held the first modern gathering of Clan Maclean in 1912.

At the centenary gathering in 2012 Sir Lachlan, the current Chief, asked the clan if they would be willing to help with the much needed repairs to the castle. The Clan Congress unanimously supported his request.

From June 13 to 19, 2019, Ian will take a 400 km cycle along secondary highways from Tidnish, Nova Scotia, (just across the border with New Brunswick) to Washabuck, Cape Breton to raise awareness for the Clan’s castle. He will stop along the Sunrise Trail, Route 6, at various locations to visit Maclean- and Scottish-related monuments and communities.

Duart is but one of two castles still owned by a clan chief. It was enough to inspire Ian to make the trip to Scotland himself. He remembers the pride he felt as he walked on the very stones on which his Maclean ancestors once stepped. That feeling contributed to his steadfastness in ensuring that his sons, his grandchildren, along with any persons with a keen interest in history and castles, always have the opportunity to visit this historic place.

However, Duart Castle still needs extensive renovations. Ian intends to raise enough money to make a difference and he is excited at the enthusiasm shown so far.
When asked what clan chief Sir Lachlan thinks of his upcoming expedition, Ian laughs, “I think he thinks I’m nuts. But to quote my doctor, after he put me through the paces to see if I was able to make this trip: ‘You’re in great shape for an overweight 73-year-old. Go for it!’ “.

For every kilometer Ian pedals, he plans to remind himself of the old Maclean war cry: “Fear eile airson Eachuinn” (Another for Hector). This Hector refers to the 18th Chieftain of Clan MacLean (1620-1651) 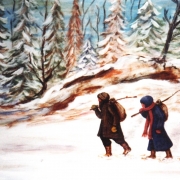 When the first British marriage took place in the Campbellton, New Brunswick area in 1790, there were no roads. Early settlers used rivers or walked along the beaches to get from one settlement to another. In winter they travelled on ice or snowshoes, using dog sleds to carry their supplies. This was the situation when John Duncan of Tjigog (now Atholville) and Elizabeth Morrison of Nepisiguit (Bathurst) decided to marry.

It was still winter. The nearest settled minister was Reverend James Fraser in Miramichi, which was about 200 miles (325 km) from John’s home. John Duncan trekked 70 miles (115 km) to meet up with his bride-to-be, and together on snowshoes they made their way along the coast, spending their nights with native families until they reached their destination. The journey took about14 days.

Records state that they were married on March 20, 1790, by Missionary Fraser. They made the long journey back to the future Atholville, where they made their home. Theirs was the first male child born to British parents on the Restigouche. They named him David. He was probably born in late 1790 or early 1791.
Legends have it that Elizabeth (Morrison) Duncan was an excellent game hunter and brought down many a noble moose on the marshes near her home.

The Duncans were prominent business people and farmers. John Duncan received grants at Tide Head and Campbellton. These were for 200 acres at Tide Head which also included Long Island, containing 500 acres. The Campbellton grant was for 215 acres, while son William received 210 acres – which was later acquired for Campbellton’s development.

An excerpt from Vetta Faulds’ 5-book, hand-illustrated series, The Way It Was Along My Bay, the result of her 31-year heritage project regarding the people along the New Brunswick shore of the Bay of Chaleur. The series is comprised of:

He was a terrible farmer, a poor office clerk, but some say he is the world’s best poet, and a man who has us all talking in a Scottish brogue…

But why is he so famous? Why is he so much a part of who we are? Burns’ rise to fame began in 1786 when, at the age of 27, his first work was published, entitled Poems, Chiefly in the Scottish Dialect.

His motivation for publishing was initially financial, but his ego played a role. He relished the thought of seeing his poems in print. He had been courting a girl, Jean Armour. But the courtship was not approved by all – not by her family, not by the community. Burns had decided to leave for Jamaica, and the publication of his work was to pay for his trip.

But events changed. 612 copies had been printed in plain blue wrappers. The reaction was staggering. No one could believe that such a pathetic farmer could write in such a lyrical and captivating way.

He played the role – dressing smartly, with an air of confidence, often considered abrupt and rude. Burns took Edinburgh – and eventually the world – by storm. Why? Because his work is the continuing story of the ordinary man.

With quality and conviction, beautiful words and melodies he told the stories of – not just his life and times – but those of all of us: nature, beauty, culture and politics. He wrote in a way that still rings true, to which we can still relate:

The haunt o’ Spring’s the primrose-brae,
The Summer joys the flocks to follow;
How cheery thro’ her short’ning day,
Is Autumn in her weeds o’ yellow;
But can they melt the glowing heart,
Or chain the soul in speechless pleasure?
Or thro’ each nerve the rapture dart,
Like meeting her, our bosom’s treasure?

It has been said that “When Scotland forgets Burns, history will forget Scotland”.

Words spoken by then Lt.-Gov. of New Brunswick Graydon Nicholas at the unveiling of a refurbished statue of Robert Burns in Fredericton, September 2011. 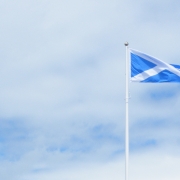 We have just launched our new website. For now, that is the only news we have! But this is where we will be posting news and articles that are relevant to the Scottish community and culture in New Brunswick. Stay tuned for more.